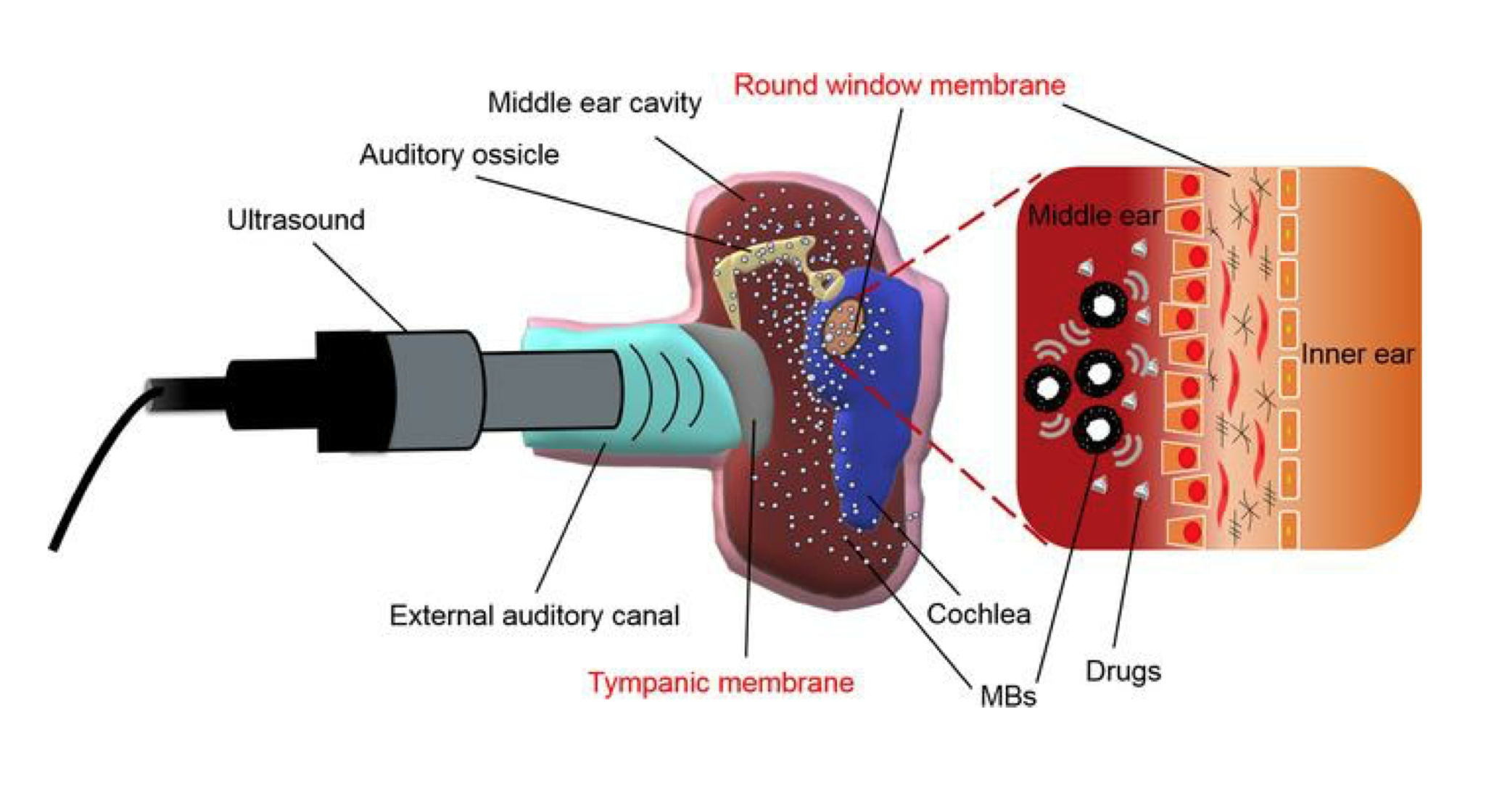 In a recent paper published in JCI Insight, researchers have demonstrated for the first time the feasibility of applying Ultrasound-induced Microbubble Cavitation via the external auditory canal as a technique to increase the efficiency of drug delivery to the inner ear.

Effective treatment of auditory diseases, such as hearing loss and tinnitus, has become increasingly dependent on inner ear drug delivery systems. Traditionally drugs to treat these diseases were delivered systemically, limiting the effectiveness due to the presence of the Blood Labyrinth Barrier (BLB). To increase the efficacy, local injection can be performed via the intertympanic or intracochlear routes. Most commonly the treatment agent is injected into the middle ear cavity via an intratympanic injection, eventually entering the inner ear via absorption through the Round Window Membrane (RWM). Unfortunately, the RWM is only semi-permeable thereby limiting the passage of drugs into the inner ear. As such, many methods are currently being developed to increase the permeability of this membrane, and thus the efficiency of the drug delivery system.

Ultrasound-induced Microbubble Cavitation (USMB) is one such method. This approach relies on the phenomenon of sonoporation, in which microbubbles are delivered alongside the drug. As ultrasound is applied to the target area, cavitation of the microbubbles induces openings on membrane surfaces, in this case allowing for increased permeability across the BLB. The permeability change is temporary and reversible, allowing the membrane to return to normal after successful drug delivery. 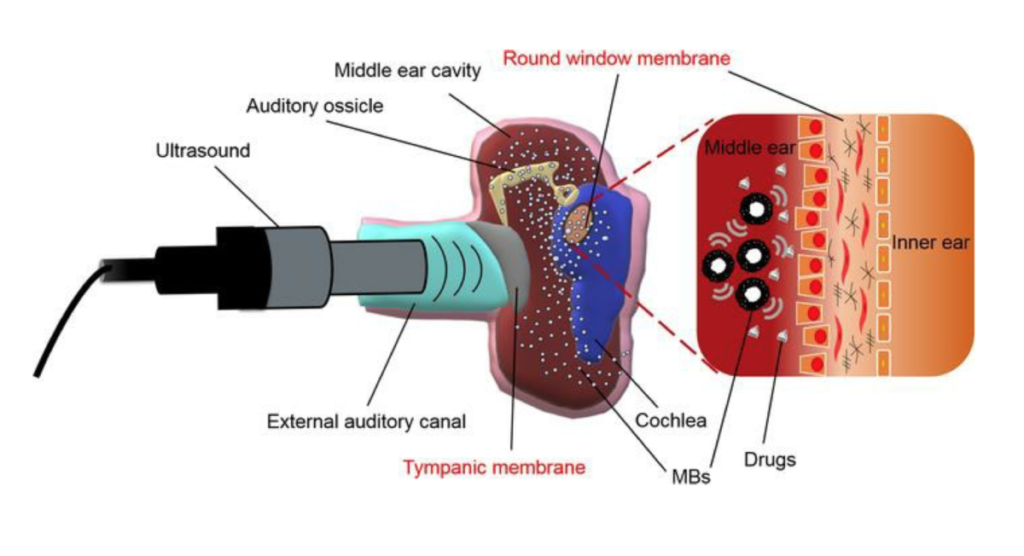 In the present study, Liao et. al. used USMB to facilitate drug delivery into the inner ear of a guinea pig through the RWM in-vivo. Microbubbles mixed with the drug biotin-FITC were delivered into the middle ear cavity via a transtympanic injection. Ultrasound was then applied using the S-Sharp Prospect T1 Preclinical Ultrasound System to the external auditory canal (transcanal approach) and to the temporal bone of the skull (transcranial approach). Compared to subjects without the application of USMB, it was found that the transcanal and transcranial approach increase biotin-FITC delivery by 2.8 and 1.5 times respectively, as measured through a flourometer. This study shows that the in-vivo application of USMB was able to promote the delivery of drugs to the inner ear in a preclinical model and could provide a potential solution to drug delivery in the clinical setting.

For more information about the S-Sharp Prospect T1 Preclinical Ultrasound System or our bioluminescence systems please reach out to Scintica Instrumentation.