About Rutgers Molecular Imaging Center and the Aspect M2

The Rutgers Molecular Imaging Center received the Aspect M2 in the summer of 2012. With the versatility of the M2, a wide range of studies and over 85000 scans have been completed at the center. We have had conventional scans such as cancers, traumatic brain injuries, contrast agents, and other biologicals. The center has also reviewed items such as flow measurements of toothpaste, water filters in action, and pills breaking down during digestion. Please join us as we review examples of the various scans completed here at Rutgers University.

The Rutgers Molecular Imaging Center received the Aspect M2 in 2012. Since the M2’s arrival, it has been one of the most utilized instruments at our center. As of May 1st, 2021, the instrument has seen over 6900 hours of use generating 450 projects/patient files comprising a total of over 85,000 scans. Since the M2 was installed, a combination of 60 departments (over 100 researchers) from multiple universities and pharmaceutical companies have had scans completed at Rutgers. At least ten users from five different departments have been trained over the years to independently run the MRI. This webinar will highlight some of the scans completed here at the center.

One major focus of the center has been the brain and central nervous system. Some examples are the following: Longevity scans of Traumatic Brain Injury have been completed using the Mouse Brain Coil. For another TBI investigator project, leakage into the ventricles post-injury has been tracked with the use of positive contrast agents. Negative contrast agents have been utilized to track stem cells traveling from the lower vertebrae up the spine to points of injury or accumulating around damage in the brain. Changes to the brain following low levels of radiation exposure have been observed using the rat coil. Spontaneous paralysis was reviewed when phenotyping a new mouse strain. A wound healing model tracked the progress of recovery within a spinal injury model.

A second important focus involves cancer models actively scanned at Rutgers. Multiple investigators track the progress of lung cancer and its metastasis. Another investigator tracked cancers in the liver through an interesting negative contrast technique.  One Cancer Institute of NJ investigator tracked prostate growth in the same mice for up to two years. Yet another research group tracked an aggressive lymphoma on a weekly basis. Other interesting cancer scans that have been recorded are tumors in the bone, under the tongue, breast duct, uterus, just to name a few of the ones scanned at the center.

Other examples of interesting MRI scans completed here at our center include Fibrosis of the lungs post-exposure to vesicants and the healing over time. Flow measurements of toothpaste and experiments with the uptake of heavy metals through filtration were completed in the M2. The breakdown of pills in mock digestive fluids over time were observed. Bladder stones and severe hydronephrosis of the kidney were tracked in mice. All of these scans were completed due to the versatility and ease of use of the M2 software. 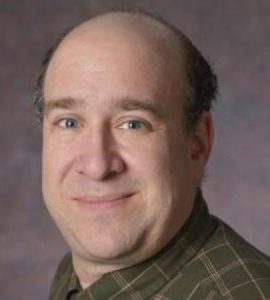 Derek Adler is a pharmaceutical-based Research Scientist, trained in Bio-Imaging and numerous in vivo Pharmacokinetic animal techniques using GLP and non-GLP parameters. He has diagnostic and translational imaging experience and has been responsible for conducting in vivo, ex vivo, and in vitro imaging experiments through applying state-of-the-art imaging technologies/systems. In 2008 he became involved with Bio-Imaging at Sanofi-Aventis with a focus being the MRI. He received additional training sessions from Bruker for the MRI and attended their national user meetings. In 2010 Derek began managing and scheduling studies at Sanofi-Aventis for the Bio-Imaging department.

In October of 2012 he took on the role of Interim Manager for the Rutgers Molecular Imaging Center, becoming the full-time Manager in July of 2014. In February of 2021, Derek became the Assistant Director of the Imaging Center. His scientific proficiencies are associated with all aspects of study support and scheduling, data analysis and the maintaining of notebooks will contribute to the success of conducting, supplying, and data management of the proposed project.