(August 18, 2020) WEBINAR: Inflammation and the Resolution of Inflammation in Heart Failure: Preclinical and Clinical Findings 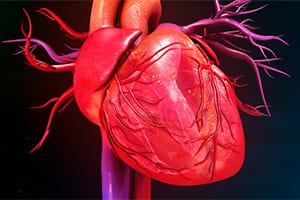 Dr. Ganesh Halade, Associate Professor of Medicine at the University of South Florida in Tampa, Florida, will discuss the resolution of inflammation in cardiac repair with a major focus on bioactive lipid mediators in preclinical studies and confirmation of these molecules in patients following myocardial infarction.  He will consider the most common risk factors such as obesity and aging as primary causes of the unresolved inflammation following myocardial infarction.

Key questions to be addressed during this webinar will include: 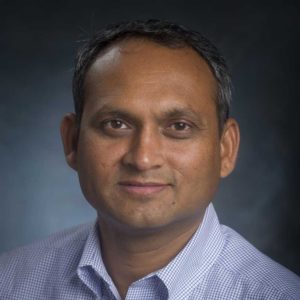 Dr. Halade received training in cardiovascular sciences with a major focus on obesity and cardiac remodeling. After obtaining a Ph.D. degree in Pharmacology, he completed postdoctoral training with Dr. Merry Lindsey at the San Antonio Cardiovascular Proteomics Center and Barshop Institute for Longevity Studies in Aging at the University of Texas Health Science Center at San Antonio. Dr. Halade has spent more than 7 years working on obesity and is now focusing on the regulation and dysregulation of inflammation and resolution following myocardial infarction in the setting of obesity. He is working on leukocyte kinetics, immune responsive fatty acids metabolism, and their role in an inflammation resolution signaling. Early in his research career, Dr. Halade worked to segregate the distinct effect of docosahexaenoic acid (DHA) and eicosapentaenoic acid (EPA) in lupus. In May 2013, Dr. Halade joined the Division of Cardiovascular Disease in the Department of Medicine at the University of Alabama at Birmingham where he spent almost 7 years.  Dr. Halade is currently an Associate Professor in the Department of Medicine, Division of Cardiovascular Sciences, Heart Institute, at the University of South Florida in Tampa, FL.