(May 10, 2022) Webinar: Different Modalities to Study Mechanisms of Hemorrhagic Stroke in A Rat Model

Dr. Noriko has been directing a basic science laboratory focusing on animal models of autoimmune and cardiovascular disease. To this end, their research shows extensive experience in working with various animal models of inflammation, hemorrhagic stroke, and arthritis-induced cerebrovascular damage, being investigated for the last 14 years. Her research into defining the cerebrovascular function and role in hemorrhagic stroke use both the stroke-prone spontaneously hypertensive rat (SHRsp) and the stroke-resistant spontaneously hypertensive rat (SHR) models.

The SHRsps are genetically prone to develop spontaneous intracerebral hemorrhages after the development of high blood pressure. The model recapitulates etiology of spontaneous and severe hemorrhages. The lab has determined that there are changes that occur to the brain blood flow during stroke due to the loss of the middle cerebral artery’s (MCA) ability to regulate blood flow. The result, when there is an increase in systemic blood pressure, is that there is no control of blood flow to the micro-circulation. Thus far, they have studied the critical role of MCA in potentiating intracerebral hemorrhage, and how it is altered in function and signaling. They currently are at crossroads to see how the hemorrhage etiology leads to global changes in the brain, requiring an accurate quantification of cerebral blood supply, both before and after stroke, and under the action of neuroprotective drug molecules.

Additionally, the lab has also developed and refined a unique hypertensive-arthritic rat model and has been studying the particular molecular pathway affecting the ability of the MCAs to contract in the presence and absence of stroke. Thus far they have defined the loss of brain blood vessel function after stroke in an animal model that is hypertensive and prone to developing hemorrhagic stroke. A critical piece of data, new to the literature on stroke, was the fact that vascular changes associated with stroke are also associated with an increase in inflammatory signaling in the vessels themselves. 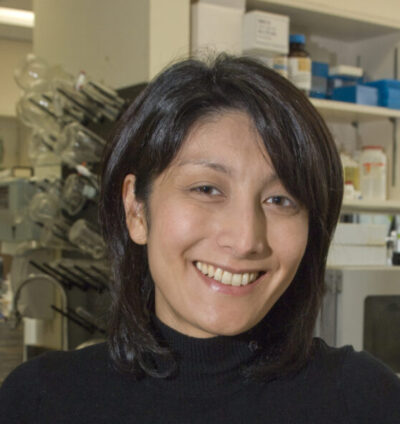 Associate Professor at the School of Pharmacy,
Memorial Univerisity of Newfoundland

Dr. Daneshtalab is an Associate Professor at the School of Pharmacy, who has been at the Memorial University of Newfoundland for the last 11 years, with expertise in pharmacokinetics/pharmacodynamics. She directs a basic science laboratory focusing on animal models of autoimmune and cardiovascular disease. To this end, she has extensive experience in working with various animal models of inflammation, hemorrhagic stroke, and arthritis-induced cerebrovascular damage. As well, she has also developed a unique rat model that recapitulates human autoimmune disease with cerebrovascular complications leading to hemorrhagic stroke. Her research interests range from looking at basic mechanisms by which multiple disease states alter the physiology and pharmacology of drugs and endogenous products, the effect of diet within that paradigm, nutritional deficiencies that contribute to the disease state, and potential novel treatment options. She has presented the range of her work both nationally and internationally with over 50 presentation platforms, with award-winning publications of her model. 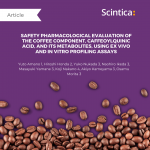