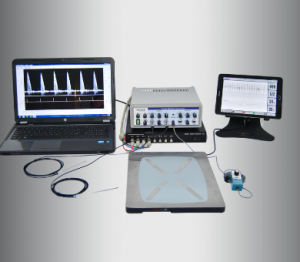 A non-invasive measurements of blood flow velocity are a proven index of cardiovascular function.  A great alternative to using invasive techniques such as blood pressure catheters and implantable decides features a miniature probe to overcome the disadvantages of traditional ultrasound imaging systems when used on small vessels. Investigators can serially changes that occur due to aging, disease progression, remodeling and effects on surgical or pharmacological interventions.

Pulsed Doppler signals from the PDT are digitized at high sampling rates by the DSD and the workstation software. The acquired signals are processed using a fast Fourier transform algorithm and displayed as real-time grayscale Doppler flow velocity spectrograms. The workstation software permits recording and analysis of these spectrograms, ideal for report generation and publication purposes. This system has been successfully used in publications with mice, rats, bats, naked mole rats and other small animals. It is also capable of measuring blood flow velocities in larger animals using our implanted extra-vascular Doppler cuff probes.

Using a miniature handheld probe, flow velocities and differentials in various arteries, including the aorta, are reliably measured by placing the tip of the probe at a sharp angle relative to the direction of flow to be measured

A powerful system that is both compact and easily transportable, allowing it to be scaled in larger facilities with ease or shared between cooperating labs without           complication

For most applications, a noninvasive rigid probe with an end-mounted transducer is required. The active element is a 1.0 mm diameter (10 or 20 MHz) piezoelectric crystal recess-mounted at the end of the probe using epoxy molded into a lens to focus the sound beam.

This type of focused probe has been applied in mice and rats to measure cardiac and arterial blood velocity noninvasively. The probe can be held with a steady hand, or mounted in a micromanipulator which often assists with measurement accuracy and consistency.

For chronic (implanted), extra-vascular applications or when the vessel cannot be accessed by a probe, a cuff transducer can be used. The cuff body is molded of flexible silicone and split lengthwise so that it can be slipped around the vessel. The piezoelectric crystal (10 or 20 MHz) is 1.0 mm diameter and mounted at a 45-degree angle using medical-grade epoxy. 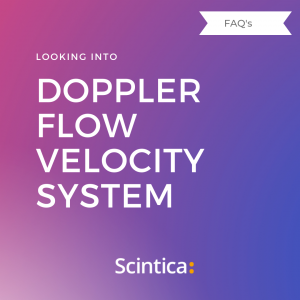 About the Author: Yazmin Alejandre